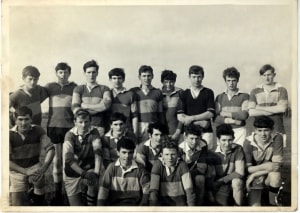 Kilmihil made history in 1968 by winning the U21 Football Championship for the first time.

“A superlative display by a great Kilmihil team brought them the U21 County Football Championship for the first time ever at Kilrush on Sunday last. The fact that their margin of victory was but a single point serves to prove the tenacity of the opposition offered by defending Champions Shannon Gaels and two superb sides served up the greatest game seen in West Clare for many years.

From start to finish it was a game of cut and thrust, speed and skill and was a most delectable offering for the large crowd that turned out in dry but cold conditions to watch it. Unmarred by incidents it was a game to delight the heart of the purist and a bright diadem in the too-oft tarnished image of the GAA.

All credit to the winners who were fully deserving of their victory, but one must commiserate with such wonderful losers and it should be mentioned that a few more displays like this would bring the crowds pouring back into playing fields. It was sweet consolation for Kilmihil, the club which reached five finals this year and up to Sunday had won only one – the U14 Championship. They had lost out in the finals of both the senior grade and Cusack Cup to Doonbeg. Now with this wonderful side on the way up, the Club can look optimistically to the future. Their victory was all the greater when it is considered that no less than five of the side were under 16 years of age and some more in the 17 to 18 age bracket.

The display of martin Murphy for the winners on Sunday will long be remembered. A fast, elusive and deadly forward, he peppered the enemy defences with unerring skill and his final tally of 1-6 was the key to victory.

The winners are a well-blended and highly competent side. They have a ‘find’ in one of their under 16’s. Frank Cussen gave a display of football ability and know-how that was dazzling to watch. His ball control was at all times impeccable and his work faultless. In a hard pressed back-line, Sean Murphy and P.J. Keogh worked ceaselessly and effectively. They were the bulwarks of the defence and without their cool leadership the Kilmihil back lines would have been in dire straits on many occasions. Outfield Thomas Mc Mahon was a good general and set up many fine movements while Haulie Ryan was fast and dangerous. In addition to Cussen the other U16’s, Tommy Normoyle, Michael Lorigan, Pat Downes and John Clancy all gave sterling service.”

1968 was a great year for Kilmihil Football Club having contested 5 finals, U14, U16, U21, Cusack Cup and Senior Championship with victories in U14 and U21.

In March 1968 Kilmihil defeated Kilrush in the first round of the Cusack Cup.

Kilmihil lost the second round to Doonbeg, score, Doonbeg 2-7   Kilmihil 1-2

In the third round Kilmihil defeated Miltown Malbay by 2-8 to 0-4.

In September Kilmihil met Shannon Gaels in the Cup and won by 1-6 to 0-1.

In October they had two points to spare over Kilmurry Ibrickane on the score of 0-7 to 0-5.

“Both teams started the game with grim determination, and big occasion nerves were in evidence, with the result that tempers were frequently beyond the flash-point stage.

Doonbeg had the edge on matters for most of the hour, but once again their work lacked finish, and in the forward department alone were the Magpies deficient. A total of 5 points in an hour, and only one of these in the second half, hardly does justice to a team of the capabilities of Doonbeg. Kilmihil too had a bleak hour where the score-board was concerned, a solitary point taking the bleak look off it. But for them a reason could be found. Their star forward of the season, and indeed the man who has inspired them to many of their finest victories, had to be taken off the field, with serious leg injuries, at an early stage of the game. Paudie Halpin will not be able to return to game he has graced so nobly, for many a day. But fans will be as one in wishing him a speedy recovery. It is some consolation that the circumstances that removed this fine player from the field were entirely accidental and the Doonbeg officials were just as upset over the matter as the Kilmihil ones. Despite the cruel blow to the loss of Halpin, Kilmihil provided spirited resistance. Like the winners their main strength lay in defence. Here Sean Murphy was a tower of strength, safe and certain, while Sean Keogh at full-back was a brilliant sentinel, who kept his lines free of danger, and on the flank Dan Finucane was in command. At centre-field Michael Normoyle played very constructive football, and got plenty of assistance from hard working Henry Sheehan. P.J. Keogh, who came on to replace Paudie Halpin, proved the most enterprising of the losers forward section. Thomas Mc Mahon was always dangerous as well.”

On 11th August 1968 Kilmihil met Cooraclare in the semi-final of the Senior Championship. Cooraclare dominated the first half scoring four points, Kilmihil on the other hand had eleven wides and only a single point. Cooraclare continued to dominate in the second half and when they scored a goal in the fourteenth minute it looked like the game was over for Kilmihil. However Sean Keogh moved from full-back to mid-field and he played a central role in turning the game around. In the last fifteen minutes Kilmihil scored seven points without reply to win by a point.

Paudie Halpin was the star of the forward line scoring five points in all, three from frees and two with the fist, Sean Keogh scored two points and Liam O’Halloran scored one. Teddy Murphy was outstanding at centre-back. 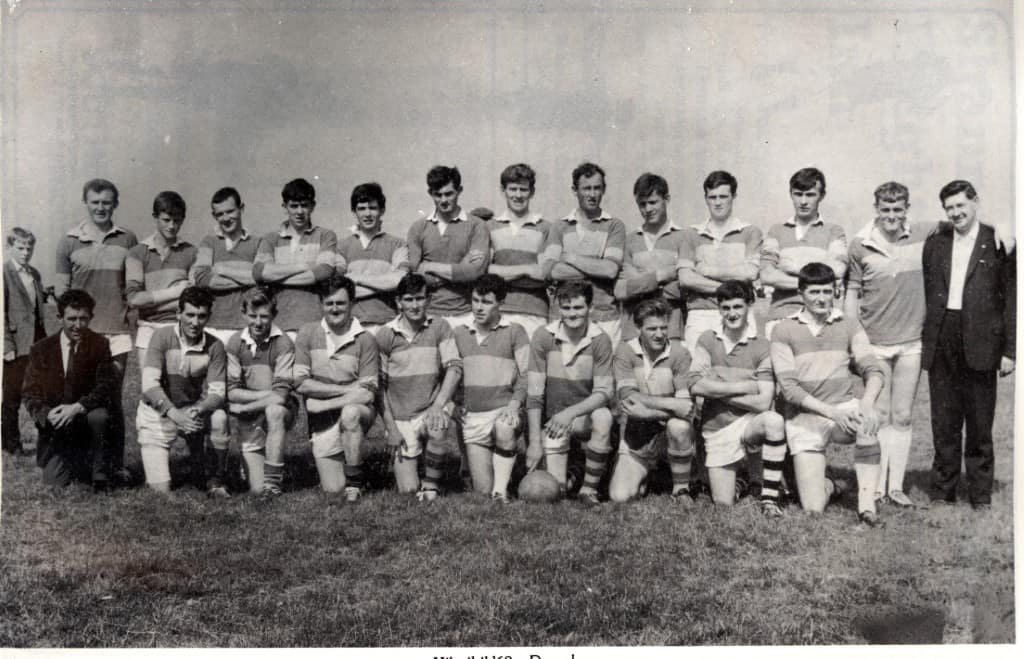 The Final was played on 25th August in Miltown Malbay against Doonbeg.

“The setting was ideal, Hennessy Park looked radiant in the glistening sun, and the attendance of over 4,000 were present, in expectation of a classic. The teams, Doonbeg immaculately clad in a black and white stripe, and Kilmihil wearing the familiar green and gold, entered the fray with the necessary credentials. The Magpies were bidding for their fourth title, wile unmedalled Kilmihil were striving for their first ever Senior Crown. (their only previous contest being in 1958). There were great expectations from both sides, but instead of producing bubbling champagne football, the game fell flat like stale beer. Kilmihil won an amount of ball, but spoiled good approach work by erratic shooting. On the other hand, on the few occasions Doonbeg got inside their opponent’s half, they managed to score.  Dan Finucane, Sean Keogh, Paudie Halpin, Teddy Murphy and Kevin O’Halloran were Kilmihil’s best. Murphy played a storming game, and added further to his growing reputation. His fetching and fielding were first class, and his positional judgement would have done justice to a man of greater experience. With all the coolness and calmness of a veteran, Murphy showed scant regard for reputations, and went for every ball as if his life depended on it. He looks destined for stardom, and a lot more should be heard of this fine player in the future. Eight members of the team come form Lack West, and the team was comprised of three sets of brothers.” 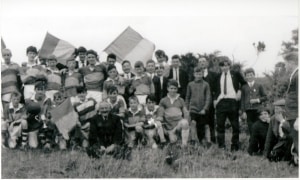 In September 1968 Kilmihil won the U14 Championship for the first time in the history of the Club when they defeated Kilrush in the final.