Eimear and Ailish Considine are two of the most dynamic forwards in ladies’ football in Clare. 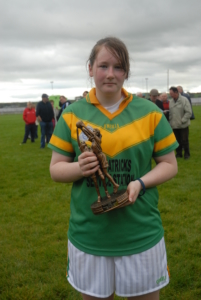 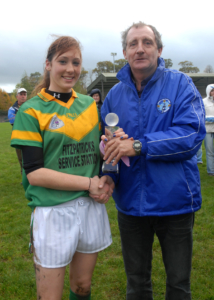 Eimear is also an accomplished Camogie player and on the day before the Munster Club Final she lined out with Kilmaley in the Camogie Co. Final.

2008 was indeed a very busy year for Eimear, she played in four All Ireland Finals and the Division 2 League Final for Clare.

The All Ireland Finals were as follows:

She was also selected by the Clare People as the “Ladies Footballer of the Year” in 2008.

Eimear took up Rugby and is now a regular on the Ladies Irish Rugby Team along with playing for Munster. 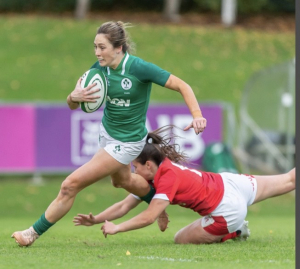 Ailish was invited to Australia for a Trial in Australian Rules Football and was selected to play for Adelaide Crows and played a prominent role in helping the Club to win the Championship in 2019. 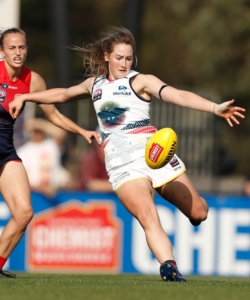 MELBOURNE, AUSTRALIA – MARCH 16: Ailish Considine of the Crows kicks the ball during the 2019 NAB AFLW Round 07 match between the Melbourne Demons and the Adelaide Crows at Casey Fields on March 16, 2019 in Melbourne, Australia.

In 2019 both girls played a prominent role when the Club won the Senior Club Championship for the first time and once again Ailish won “Player of the Match” for her performance in the Final. 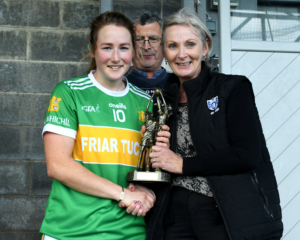 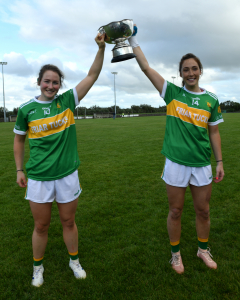