Kilmihil opened the league campaign with victories over Wolfe Tones and Kilrush but lost the next four games and failed to qualify for the play off stages.

Kilmihil met St. Breckan’s in the first round of the Senior Championship at Cusack Park but suffered a seven point defeat.

At an EGM it was decided to carry out improvements to the field and construct a stand and in this regard a finance committee was put in place.

In the first round of the Minor A championship Kilmihil had an easy victory over St. Fachtnan’s scoring 1-14 to 0-4. A goal from a penalty by Brendan Coen set them on the road to victory. Others to impress were Joe Duggan, Thomas Coughlan & Leonard O’Halloran.

The next game was played in Labasheeda against Shannon Gaels and Kilmihil were unfortunate to loose by a point on the score of 1-7 to 0-9. Best for Kilmihil were Leonard O’Halloran, Brendan Coen, Enda O’Halloran, Mark O’Connell, Fergal Duggan and Thomas Coughlan.

In the third round they had a hard earned victory over Doora Barefield to qualify for the Semi-Final. Trailing by nine points with twenty minutes to go, Kilmihil staged a comeback with a goal by Brendan Coen from a penalty. This was followed by another goal by Enda O’Halloran and they went on to win by two points.

Kilmihil were unlucky in the second round to loose by a point to Shannon Gaels but as fate would have it they got another chance to set the record straight when they met in the Final. Kilmihil were first to score with a point by Brendan Coen however, aided by the breeze Shannon Gaels gradually got on top and were five points ahead by half time. Mark O’Connell was carrying an injury going into the game and was forced to retire after fifteen minutes, his replacement Thomas Mc Guane made his presence felt nine minutes into the second half when he scored a goal. Spurred on by this Kilmihil levelled with points from Brendan Coen and Enda O’Halloran to level the score at 1-3 to 0-6. Shannon Gaels responded with a point, Sean O’Neill equalised and Fergal Duggan scored twice to give Kilmihil a two point lead. The Gael’s reduced the margin to a point however Enda O’Halloran scored from a 13 metre free and this proved to be the final score. 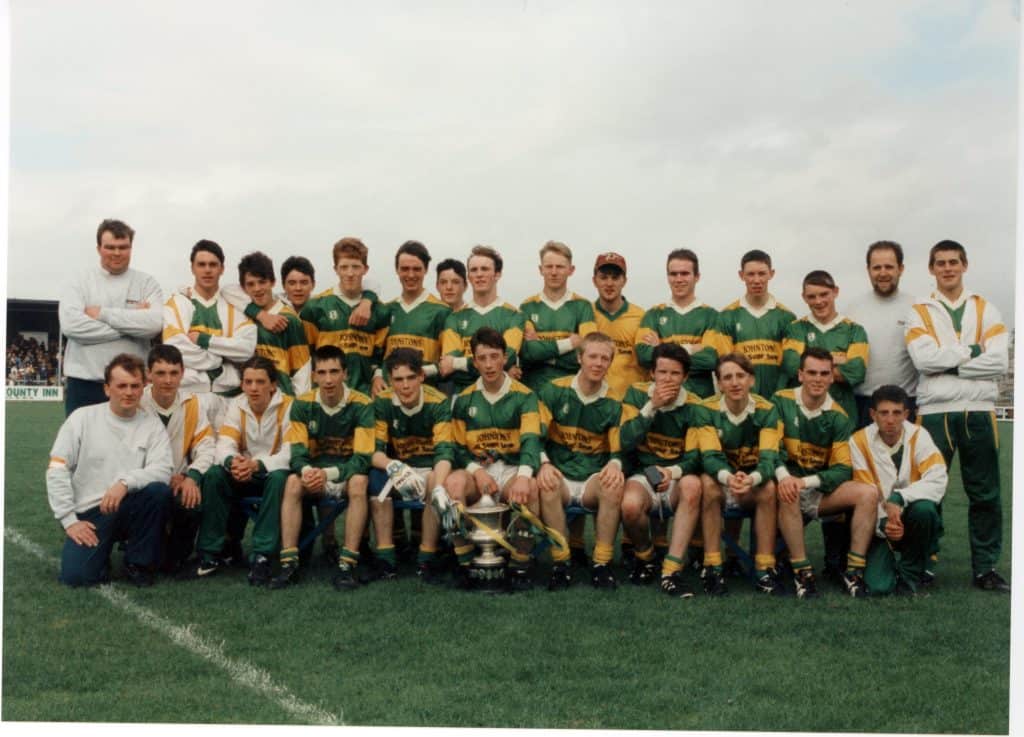